On the northern shore of the Sea of Galilee, overlooking the sea, a “higher law” was explained on the Mount of Beatitudes. A small church designed by the Italian architect Barlucci marks the traditional location. The proximity of this place to nearby Capernaum, Chorazim, and Bethsaida, where Jesus taught and lived plus the breathtaking view inspires the feelings that this is likely the place where Jesus explained His mission to the twelve Disciples. Like the church, small, with the altar in the middle, the Savior’s setting in Galilee was intimate as he spoke in their midst.

To better understand that setting, imagine a boy shepherd leading sheep, typical in Israel. Usually there are about a dozen lead sheep, older ones from last year’s flock. The shepherd often has fastened bells around their necks. He often talks to his sheep when it’s time to move on, and that’s when the lead sheep immediately respond, ringing their bells as they run toward their shepherd. The ringing alerts the other sheep, and, like a wave, they follow.

In the Holy Land, Jesus, the Good Shepherd, gave the Sermon on the Mount, to twelve disciples, in turn, they would continue to teach the multitudes. “And seeing the multitudes, he went up into a mountain: and when he was set, his disciples came unto him.” (Matthew 5:1)

However, there may be more to Jesus’ intent, for another rendition of this same sermon is recorded in the Western world with an added insight, “Blessed are the poor in spirit who come unto me.” (3 Nephi 12:3)

“Blessed are they which do hunger and thirst after righteousness: for they shall be filled.”

In that sense, the Sermon on the Mount is inviting all people, whether rich or poor in spirit, happy or mourning, popular or persecuted, to come unto Him. He promised, “Blessed are they which do hunger and thirst after righteousness: for they shall be filled.” (Matthew 5:6) Yet, more insight is gained through the rendition of that verse which states that those hungering and thirsting after righteousness would be filled . . . “with the Holy Ghost.” (3 Nephi 12:6)

Jesus taught that the Law of Moses was fulfilled in Him. He was restoring the higher law, one that was governed and dictated more by the spirit and intent rather than by the letter of the law (which was given at Mount Sinai). A better understanding of the Sermon on the Mount comes when comparing it to the sermon and the commandments given on Mount Sinai. “For I say unto you, That except your righteousness shall exceed the righteousness of the scribes and Pharisees, ye shall in no case enter into the kingdom of heaven.” 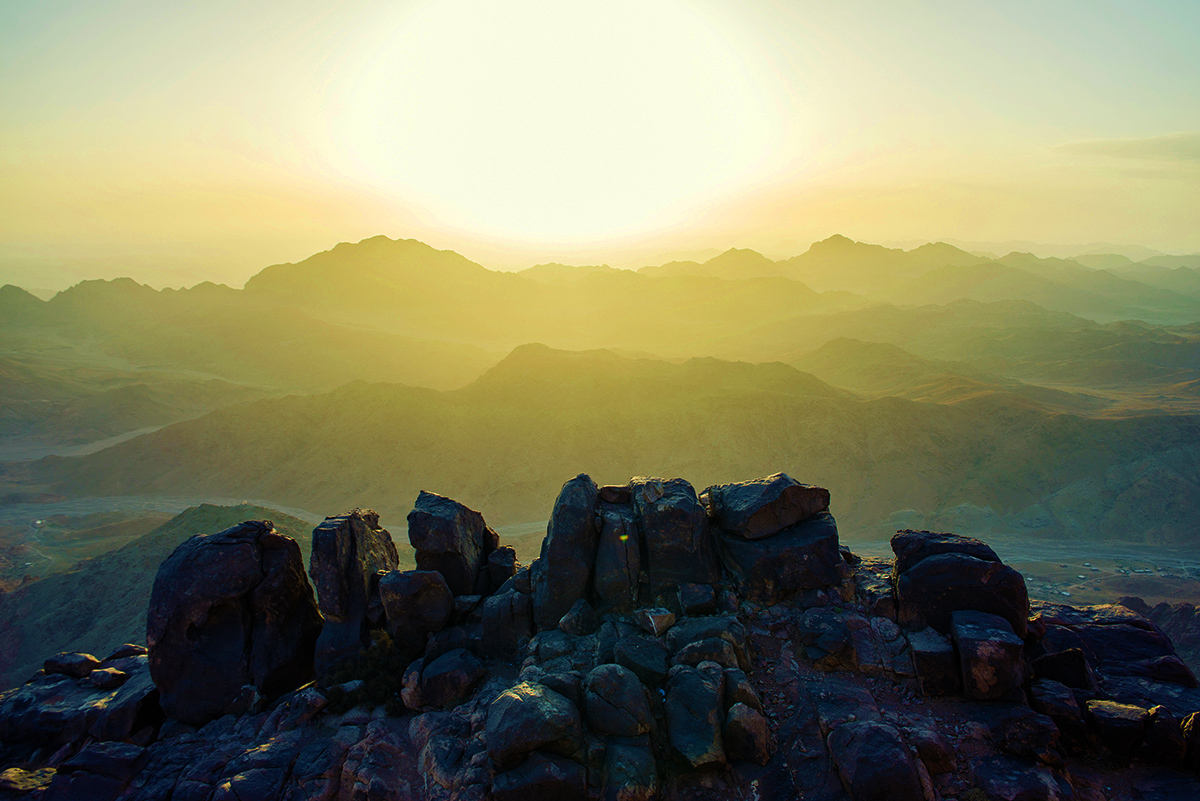 The old and new laws are again like a chiasmus, with the Savior’s ministry and subsequent atonement as the center, the turning point, linking the lesser and higher laws. May I share my following poem to illustrate the two principles.

SERMONS ON THE MOUNTS

The law was given, the standard set. But, best was not accepted yet.
We compromised with Heaven’s voice, Just ten commandments was our choice.
Tooth for tooth and eye for eye, retribution was the cry.

But then was promised a covenant new; inwardly, God would speak to you.
With sins forgiven and God revealed, a higher law on us was sealed.

The secret of God’s law is known—when action by intent is shown.
In Heaven’s highest throne to stay, Use thought and reason to guide the way.
The highest law is now defined—in thought, in spirit and in the mind.

The two sets of law form a chiasmus around the ministry and atonement of Jesus–the lesser law that would lead to Him and the higher law to live like Him. Fifty days after Jesus’ crucifixion at Passover, the Holy Ghost came upon the Jerusalem congregation. The Jewish holiday commemorating the giving of the lesser law at Mount Sinai is celebrated fifty days after Passover. That same day was also used to give the gift of the Holy Ghost, the higher law.

The day is called Pentecost. “And when the day of Pentecost was fully come, they were all with one accord in one place. And suddenly there came a sound from heaven as of a rushing mighty wind, and it filled all the house where they were sitting. And there appeared unto them cloven tongues like as of fire, and it sat upon each of them. And they were all filled with the Holy Ghost, and began to speak with other tongues, as the Spirit gave them utterance.” (ACTS 2:1-4)

Rather than interpret what each beatitudes means, sense the Savior’s invitation to:

“Come unto me, no matter who you are, rich or poor, mournful or happy, popular or persecuted, come unto me and I will give you the Holy Ghost.”