The Holy Land Blossomed for Him (Dilworth Rust, A Personal Letter) | Israel Revealed

The Holy Land Blossomed for Him (Dilworth Rust, A Personal Letter) 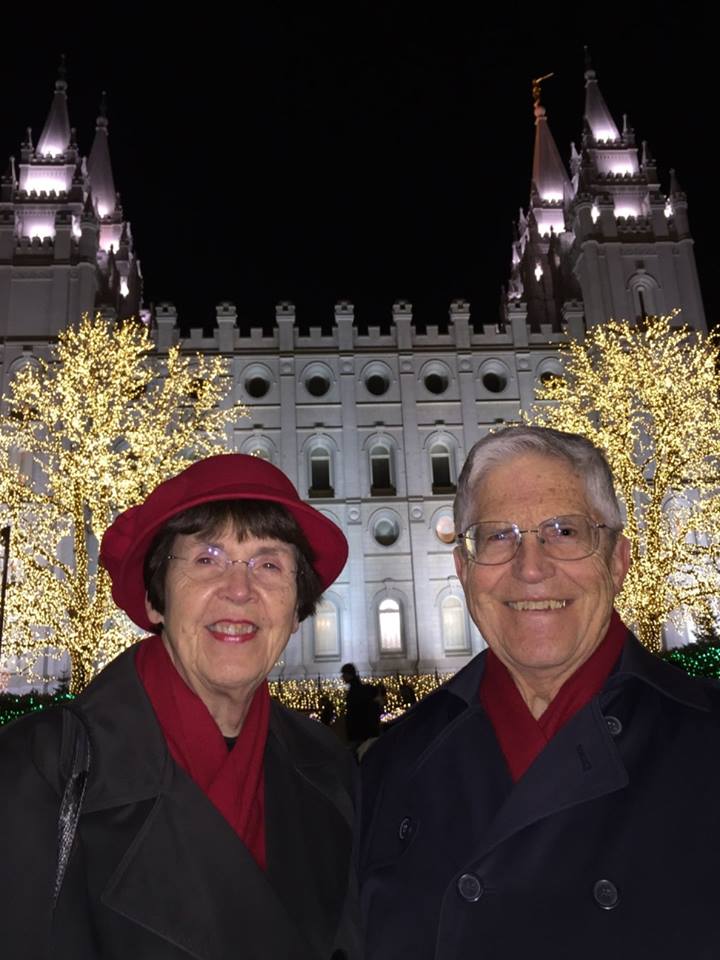 . . . For our anniversary . . . we were. . . in Israel . . . a wonderful experience, one which I’m sure will always remain with us. The tour was made especially meaningful by our having as a guide, Daniel Rona, a Latter-day Saint Jew authorized to lead guided tours in the Holy Land. He took us to the places that mattered most to a Latter-day Saint: places which fit 1) archaeology, 2) the scriptural record, 3) tradition, and 4) impressions of the Spirit.

The highlights of the week . . . were of both a physical and spiritual nature: visits to the Shepherd’s Fields across from Bethlehem, to “Temple Square”-­ and especially the site where the Holy of Holies . . . will eventually be rebuilt, to the Garden Tomb, and to the Mount of Beatitudes. A sacred spirit was especially evident at the Garden Tomb and . . . the Mount of Beatitudes. All these places have a natural beauty . . . . more than that, though, I was touched with the knowledge that despite all the churches and other shrines constructed in Jerusalem and elsewhere, the places that mattered most were untouched.

A visit to the Church of the Holy Sepulchre left me with a cold feeling; . . . By contrast, when Pat and I went back to the Garden Tomb on Wednesday–our last day in Jerusalem, and a free day for us–we loved sitting on a bench in the garden and meditating and singing. For a while, we were the only ones there. Then when we went by ourselves into the tomb, the sunlight filled up the chamber and there was a wonderful spirit pervading it. Pat and I wanted to stay there and feel the spirit (even though in a place such as that a normal impulse is to get back out into the open). Given the direction of the sun’s rays, I speculated that early on that first Easter morning, the rays might well have penetrated to the furthest recesses of the garden tomb. (It would have been appropriate: the light of the world shining fully upon the newly resurrected “Light of the World.”) 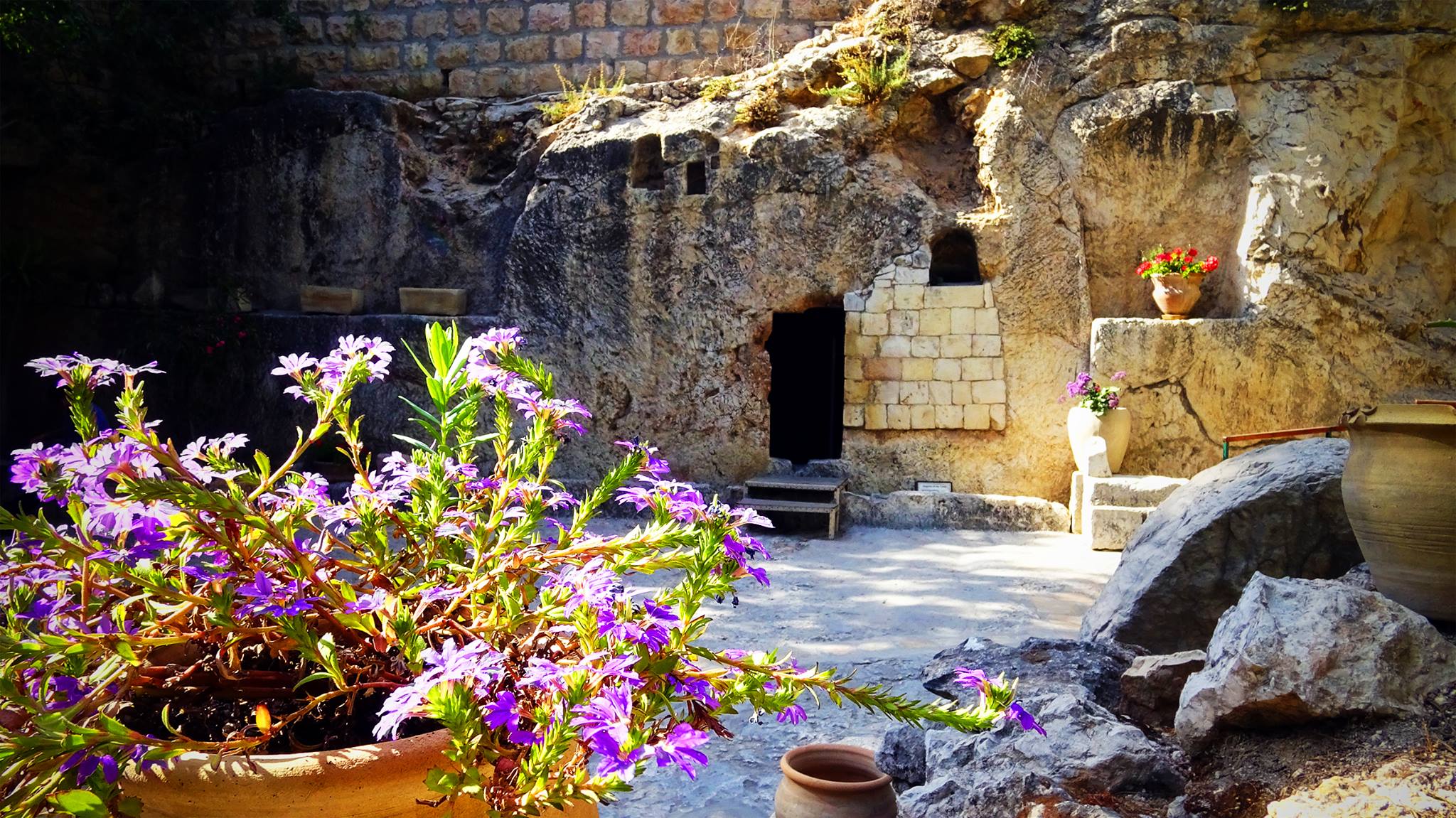 Similarly, at the Mount of Beatitudes, (Daniel) took us to a place below the church built on the top of the mount. There at the side of the mountain, looking down upon the Sea of Galilee . . . at the top of an untouched meadow . . . I felt strongly that the Savior had been there and had taught there. . .

The experience (especially, thanks to help from our LDS Jewish guide) helped me better appreciate the need to care more about the nature and destiny of the Jews . . . I have a feeling that our role must be a continual learning role–to know where they are coming from. There is a need to build bridges. What the Jews had lost for more than two millennia were: 1) prophets and the spirit of prophecy; 2) the active Levitical order and their own high priest to function in the temple; 3) a temple; 4) a kingdom–a powerful nation (which they are now regaining); and 5) land (which has now been rectified–with people speaking 120 different languages returning to Israel).

“They have the forms without the spirit”

Perhaps the most impressive lesson I learned about the Jews (and here I am talking about the Orthodox Jews–about 85% of the Jews in Israel are irreligious) is, that they have the forms without the spirit, just as did the Pharisees in the time of Jesus. I finally understood what the Savior meant when he condemned the practice of Pharisees praying to be (seen) of men: the orthodox Jews at the Wailing Wall were moving their upper bodies up and down as they prayed, they also had their prayer books in their hands. It was evident at a long distance that they were praying . . .

The orthodox Jews enforce strict requirements on each other. On the road to Jericho there is a prominent sign that says Levites should not go further . . . because . . . of coming too close to a cemetery (and thus polluting themselves). The sign shows the long detour the Levites are obligated to take to avoid this possible contamination. With some help from Daniel Rona, we finally saw new dimensions in the Savior’s parable of the Good Samaritan. The priest and the Levite went to the other side of the road because they thought the wounded Samaritan was dead–and they didn’t want to be polluted by coming close to him. Thus, they let their fastidious (and falsely understood) adherence to strict rules keep them from helping a fellow being. (As Paul says in 2 Corinthians, “the letter killeth, but the spirit giveth life.”)

Daniel Rona also explained that the Urim and Thummim– which Joseph Smith said were of triangular shape—(could mean) “yes” and “no” (or “thumbs up” and “thumbs down”). Thus, they would have been represented by a triangle and an inverse triangle: ▲ ▼. When put together, they form the Star of David: . The significance of this is made clear when one considers the prophetic powers of the earlier David. As I meditated upon this new information, I thought of how the Star of David has lost its inner meaning to the present-day Jew: prophecy has gone from the Jews (but not permanently).

One other insight our guide shared has caused me subsequent deep thought. Brother Rona pointed out that the chief cornerstone which Christ represented was most logically the top of a pyramid. (Acts 4:11: “This is the stone which was set at nought of you builders, which is become the head of the corner.”) Then he pointed out the symbol of the pyramid on the dollar bill, and I quickly commented that the rejected chief cornerstone was also “the all-seeing eye” (i.e, the Lord). While this symbol undoubtedly was suggested by the Freemasons among our country’s founders, it contains some elements that could be attractive to Latter-day Saints. For example, as Hugh Nibley points out in his book, The Joseph Smith Papyri: An Egyptian Endowment, the pyramid anciently was thought of as a holy mountain–in other words, as a temple. In the symbol on the dollar bill, the power of the Lord can be seen as the apex of that temple. 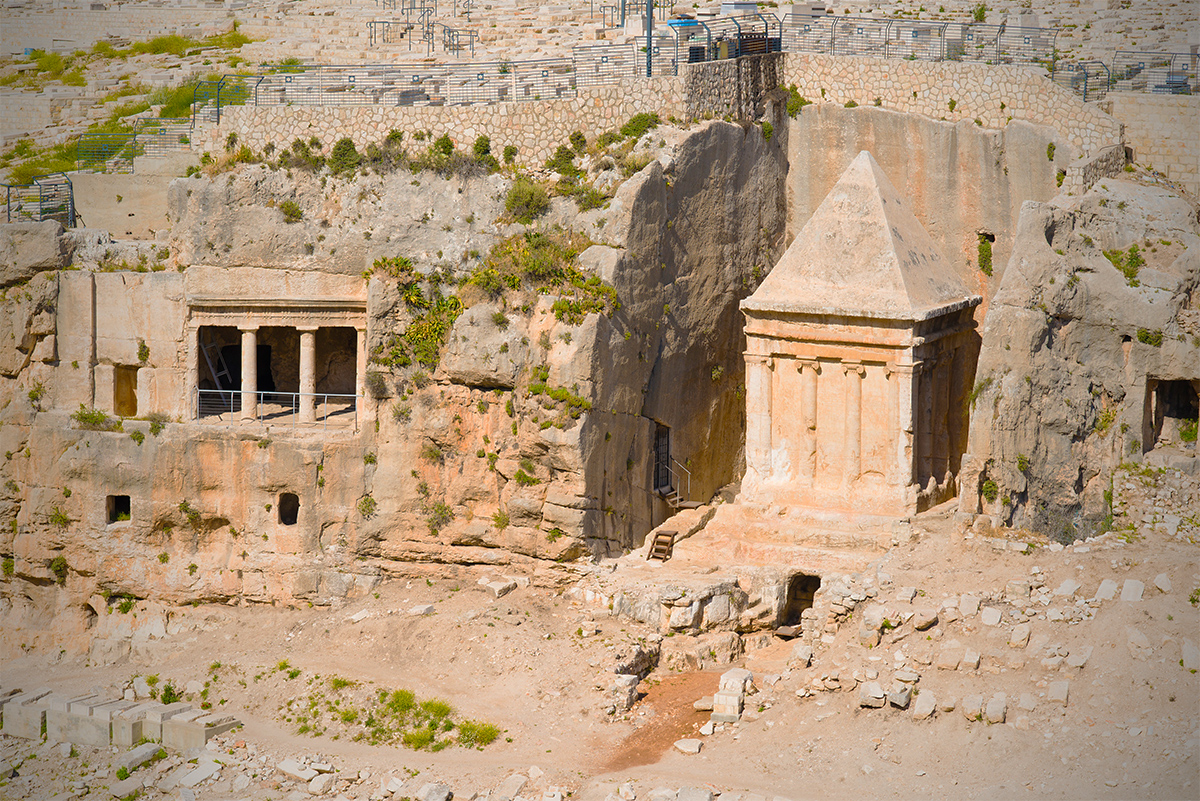 So, what is the application to the relationship between Jesus Christ and the Jews? References in the Topical Guide to “Cornerstone” point to Jesus Christ (Jehovah) as “the Rock of his salvation” (Deut. 32:15). Zechariah 10:4 says, “Out of him came forth the corner [i.e., says our footnote, the cornerstone]”. What is fascinating to me (one of the things I discovered as I meditated about all this) is that the top of the tomb of king Zachariah . . . is a pyramid.

Now if we look again at the image of the dollar bill, we see that that lower part is like pyramids found in Central America. And what is now missing from them? There was a temple on top. In other words, the chief cornerstone not only completed the temple, but in effect it was the essence of the temple, containing its power, being the culmination, and containing the mountaintop element that is symbolic of temples (the meeting point between heaven and earth). We are reminded that Christ spoke of himself as a temple (John 2:19) (and indeed, “the house of the Lord” can have multiple meanings, one of which is the Savior himself–see also Rev. 21:22). So in Christ being rejected and taken into heaven (Moses 7:53: “I am Messiah . . . the Rock of Heaven”), the Jews lost the temple–and lost their connecting point between man and God.

The satisfying knowledge that a Latter-day Saint has, is that the head cornerstone will return, that the Jews will again have a temple in which the spirit of the Lord dwells, It is up to Joseph, though, to be an instrument in saving his brother Judah, just as Joseph of old–mistreated by his brothers and sent into Egypt–was a means of saving Judah and the rest of his family, In the repeating patterns of the Restoration, it would be appropriate for Joseph (especially the LDS church led by Ephraimites) to save Judah and then for Judah finally to recognize the identity of his brother. Eventually, in the Millennium, the law (i.e., doctrines and teachings) will go forth from (new) Zion . . . and the word of the Lord will go forth from Jerusalem (Isaiah 2:3). In both places, people will go to “the mountain of the Lord’s house” (Isa. 2:2, the temple).

Finally, though, Jerusalem will have a prophet again–speaking the word of the Lord. Then the Star of David will once more have real meaning (seership) and the essential forms found in Judaism (with the extraneous ones cast away) will be infused with spirit so as to become meaningful.

So, now you know some of the thoughts that have been stimulated by that wonderful trip to Israel. I know it is the Holy Land. I see it blossoming like a rose (an amazing thing to me), and I know that eventually the light that is Christ will bring great spiritual power back to that land.

You can see in the latest Ensigns the beautiful and interesting sights we saw in Israel. Wish you could have been there with us.

P.S. You might pass this letter on to David and Eleanor. I wish they could have been with us, too.