“Give me a hand,” or “Hand it to me,” are some daily expressions we use almost without thinking. The Book of Mormon has another one, “Know ye not that ye are in the hands of God?” (Mormon 5:23)

The hand is a powerful metaphor in Judaic tradition. Modern Judaism, however, attempts to pull away from the literal imagery of God’s hand. Yet, when reading the Torah scroll, often a pointer molded in the shape of a miniature hand (yad) is used to read it. 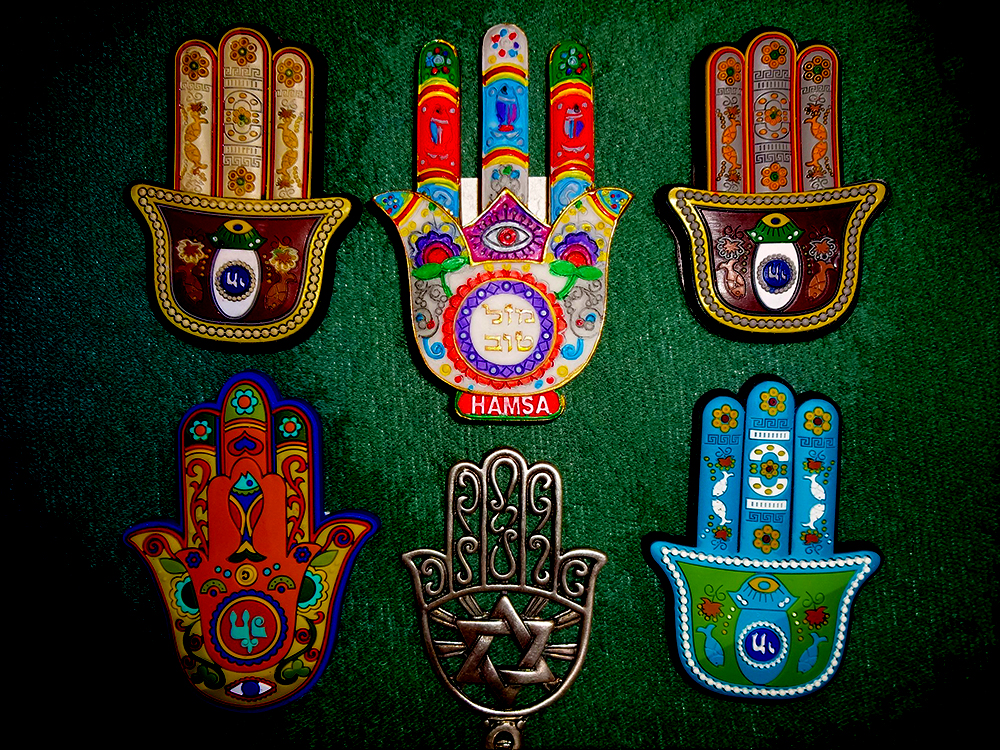 Often, in the Bible, the very acts of God are referred to as a metaphor like ‘The hand of God,’ to represent strength and protection such as, “Thy right hand, O Lord, is become glorious in power; Thy right hand, O Lord, has dashed in pieces the enemy, (Exodus 15:6). Likewise, God’s hands has been used to show loving-kindness or benevolence, like, ‘Thou openest Thine hand, and satisfiest the desire of every living thing,’ (Psalms 145:16).”

Additionally, biblical references to God’s hands contain miracles performed by acts of human hands carrying out the will of God. One example is the war Israel fought with Amalek. When Moses raised his hands, Israel succeeded, when his hands lowered, Amalek prevailed. When his hands felt tired and heavy, Aaron and Hur held them up throughout the battle, so that Israel would be victorious.

In Jerusalem’s Old City, both Jewish and Arab shops sell inscriptions on amulets, many of which are in the shape of a hand, some say, “a symbol to ward off the ‘evil eye.'” The same amulet, has a meaning of “protection” or good fortune. Jews say, there are five books of Moses and five divisions to the Psalms. Five is the number of protection, as symbolized in the Hamsa, the lucky charm.

“Give me five!,” or “May I give you a hand,” have a nice way of connecting me to God’s hands. He’s always ready to “Hand it over!”

Israel Revealed is your only LDS licensed tour guides in Israel. To read more blogs and helpful information visit our blog homepage.